nutraCoster Professional 3.0 updates automatically. We release frequent updates, as often as once or twice a month.

nutraCoster checks for updates in the background. This process can take a few seconds or longer, depending on your Internet speed. If there is no update, you will not be aware that nutraCoster is checking for updates.

You can also choose Help, Check for Updates from the menu to check for updates at any time.

If you choose to update, nutraCoster will close and restart with the new update. The entire process takes only a few seconds.

Behind the Scenes - Technical Details

The updater.exe application does the following: 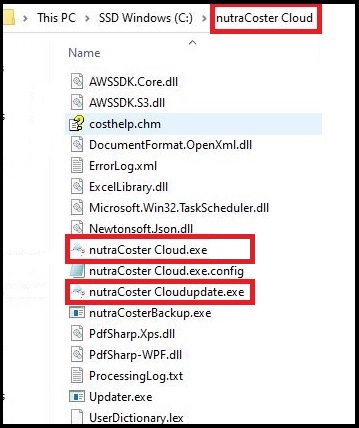 In some cases updater.exe might not be able to complete the update. Here are some possible reasons:

If the Automeatic Update fails to update your nutraCoster, you can manually perform the actions described above. (If the issue is lack of permissions, that could also prevent you from updating manually.)